The Federal Trade Commission secretly interviewed Mark Zuckerberg while probing Facebook’s 2012 acquisition of Instagram — grilling the tech tycoon over the social network’s motives in the controversial deal, two sources with direct knowledge of the situation told The Post.

Facebook’s chief executive had agreed voluntarily to speak with the feds in the 2012 interview, which hasn’t previously been reported, according to sources close to the situation. Despite regulators’ concerns over the tie-up, Zuckerberg wasn’t formally deposed and the FTC dropped its case roughly three months later.

The fact that the interview took place could throw a wrench into the new antitrust case brought against Facebook by hard-charging FTC Chair Lina Khan, who is looking to unwind the tech giant’s acquisitions of Instagram and WhatsApp, legal experts say. That’s because it bolsters the argument that the feds already thoroughly reviewed the tie-up when it was proposed, and are now improperly trying to relitigate the case.

In the interview, sources said Zuckerberg denied that he had viewed Instagram as a competitor — a crucial point as regulators reviewed concerns that Facebook was building a monopoly in the social-networking space. Instead, Zuckerberg insisted in the interview that he wanted to buy Instagram to help Facebook fetch a better valuation in its initial public offering, which was to occur three months later, sources said.

That’s despite explosive internal messages that the feds had seized prior to the interview and used to confront Zuckerberg, the sources said. The messages eventually spilled into public view during a 2019 congressional hearing on tech antitrust concerns.

In one of the 2012 messages, then-Facebook CFO David Ebersman asked Zuckerberg whether the potential purchase of Instagram was about neutralizing a competitor, acquiring talent or integrating products to improve Facebook.

“It’s a combination of neutralizing a competitor and improving Facebook”, Zuckerberg replied.

Sources said Zuckerberg defended the February 2012 internal communications in the FTC interview, saying they needed to be placed in a broader context. At the time, Facebook was preparing for an IPO, which happened in May 2012. Zuckerberg said he believed buying Instagram might help Facebook’s IPO valuation and that is what he meant. Likewise, he denied that he viewed Instagram as a real competitor to Facebook, noting that the company wasn’t much bigger than several other, lesser-known photo-sharing apps at the time, the source said

“This was his spin,” at the time, the source said.

“I don’t think he said anything to help himself,” the second source with direct knowledge of the interview said. “If this interview and the texts were public in 2012, there would have been more pressure to block the merger.”

Nevertheless, after interviewing Zuckerberg, the FTC decided against bringing him back to answer more questions in a formal deposition, according to sources.

“I think there was a lot of reticence to produce him as a formal witness,” the first source said. “The FTC tried to work around it because they did not want to depose him.”

Zuckerberg did not want to appear under oath, and regulators do not like bringing in the CEO of a large company multiple times for interviews unless they believe they might actually sue, the source said. In the end, the FTC regulators weren’t convinced they had a winning case, the source added.

That’s partly because Instagram at the time had no revenue, crippling the FTC’s ability to build an argument that the merger was anticompetitive under US antitrust law. Indeed, most of the FTC’s five commissioners were concerned they wouldn’t win if they sued to stop the merger because of antitrust rules that equate market share with revenue, sources said.

Facebook wouldn’t comment for this story, but earlier this month said in a statement: “The FTC’s claims are an effort to rewrite antitrust laws and upend settled expectations of merger review, declaring to the business community that no sale is ever final. ” The FTC didn’t return calls for comment.

The Post reported exclusively in 2019 that then-FTC Chair Jon Leibowitz was interested in blocking the merger but could not get enough support among the other commissioners. Facebook, which had already accumulated a 60 percent share of the social network market, pushed the deal through in August 2012 — just four months after it announced it — partly by arguing that Instagram was a photo-sharing site for smartphones, not a social-networking site.

Now, some experts say the FTC likely will have a hard time persuading a DC District Court judge to unwind the nearly 10-year-old deal despite claims that it helped kill off competition and allowed Facebook to become too dominant.

“That’s very provocative,” George Washington University Law Professor William Kovacic, who chaired the FTC in 2008 and 2009 told The Post when told of the secret Zuckerberg interview, saying he had been unaware it had taken place. “This sure doesn’t help the Commission’s case.”

Earlier this month, FTC Commissioner Christine Wilson voted against filing the amended complaint, noting in her dissenting opinion, “The primary allegations … relate to Facebook’s acquisitions of Instagram and WhatsApp, transactions that the FTC previously evaluated.”

“I believe it is bad policy to undermine the integrity of the premerger notification process established by Congress and the repose that it provides to merging parties that have faithfully complied with its requirements,” Wilson wrote.

If the FTC uncovered new information about what Facebook was thinking in 2012 that regulators didn’t know at the time, it could make the case to unwind the merger easier to make, sources said.

The first source with direct knowledge of the 2012 Zuckerberg interview estimated that the government has a 25 percent chance of winning its case against Facebook, even as Facebook argues not only that it cooperated with the FTC in 2012 but also that Instagram would have never become this successful on its own.

“If the facts change, you appraise a merger at time of the suit and not when the merger occurs,” Penn Law Professor Herbert Hovenkamp told The Post.

He said the FTC’s new chair Kahn — a 32-year-old former Colubmia Law professor who has cast herself as a firebrand on antitrust issues — is likely partly pursuing the suit, brought initially by Trump-appointed regulators, because she could win even by losing.

“She gets two bites at the apple,” Hovenkamp said. “One is to win — and if it falls apart, she still has a chance to win if Congress passes one of the more aggressive bills that changes merger law. She can make her case to Congress that the FTC would have sued to stop the Instagram merger had the antitrust laws been updated to give it more power.”

South Africa said on Saturday it was being punished for its advanced ability to detect... [...]

South African businesses are worried about the implications of the new coronavirus variant called omicron... [...]

Aston Villa continued their resurgence under new manager Steven Gerrard when they claimed a second... [...]

Prasa Is Just A Mess – Mbalula

That’s a stern warning was issued by ransport Minister Fikile Mbalula to executives and board... [...] 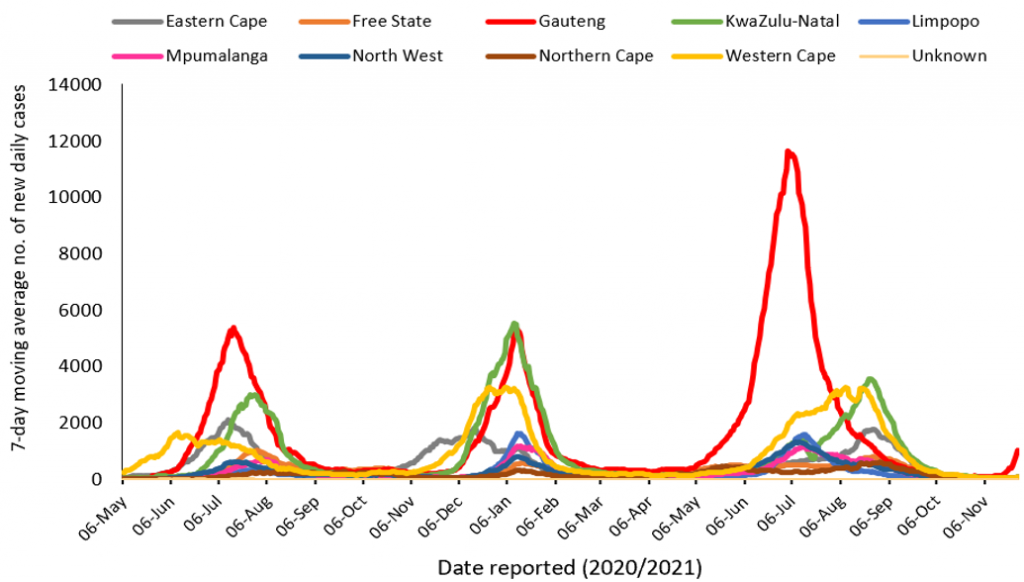